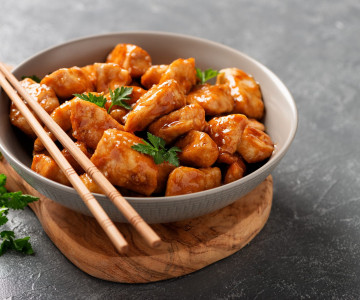 On February 1st communities around the world celebrate Chinese New Year, which has been observed in nations across East Asia for around 3,500 years. Chinese New Year, sometimes referred to as ‘Lunar New Year’, celebrates the completion of 12 full cycles of all the phases of the moon, which marks the beginning of spring.

Many legends surround the origins of Chinese New Year, including the legend that a monster named ‘Nian’ (Year) would arrive at the end of the 12th cycle of the moon to attack villagers. To protect themselves, villagers would chase Nian away with loud noises, bright lights, and the clothes or decorations in the colour red. To this day, Chinese New Year celebrations include colourful decorations, fireworks, and wearing the colour red, which is believed to bring prosperity and luck in the year ahead.

While the parade and festivities may be the perfect way to celebrate for some, we understand that street parties aren’t for everyone! You can easily observe Chinese New Year at home by trying your hand at making a delicious Chinese dish. Why not have a go at our Sweet and Sour Chicken recipe, a tasty take on a Chinese delicacy that dates back to the 18th century?