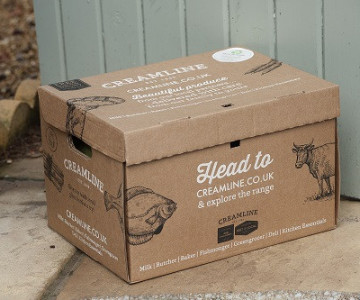 Newly published letters reveal HRH Prince Charles's concerns about the price paid to farmers for dairy milk delivery - and his request to the previous Labour government for help on the issue.

The letters date back to 2004-05, when Tony Blair was Prime Minister, but have only just been published following a lengthy legal battle relating to a Freedom of Information request.

Initially the government refused to publish details of the letters, out of respect for the privacy of a likely future monarch, but the courts disagreed - and the letters have now been made public.

In one letter, Charles expresses his concern about UK competition laws preventing dairy farmers from teaming up with one another above a certain size and market share.

He points to Denmark, where one cooperative at the time held a 90% market share, adding that while this is perhaps excessive, the UK must not be perceived as being "ring-fenced with the Channel acting as a barrier to imports".

Elsewhere in the letter, he adds: "I only wish that more could be done to encourage people to buy British."

Creamline dairy milk delivery is proud to be British and sourced from local farms wherever possible - something we hope the future King of England would be pleased to discover too.