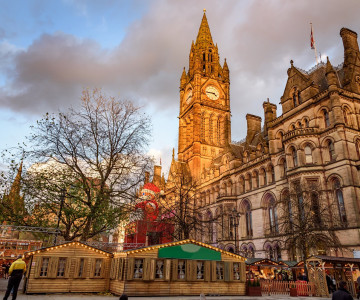 Not Long Until Euro 2016 Kicks-Off

Heads up! It’s not long at all now until things starts moving for the Euro 2016 tournament. We’re excited to start watching the biggest football event in Europe and the second most watched football event in the world – only the World Cup gets more viewers.

Talking of the World Cup, the Euros event has grown so significantly recently that this next fact might surprise you: this year’s Euros is now the same size as the 1994 World Cup, which was held in Brazil; with both events hosting 24 teams.

This year’s tournament is going to be filled with record breakers and there’ll be interesting patterns to watch out for too:

We’re celebrating the French location for the Euro 2016 tournament with some French recipes. Here we’ve got two decadently sweet French recipes to share with your fellow fans during the game:

Professional footballers need to carefully think about what they eat to deliver their best performance on the pitch. This includes eating enough protein (like that found in milk) to help build muscle and repair injuries. It also means eating fruit and veg, as they’re packed with vitamins.

You can get your healthy eating goals on track with us by ordering from us. We deliver plenty of dairy food stuff packed with protein: from milk to mature cheddar. We’ve also got fruit and veg boxes to keep you topped up every week, ensuring you never have to go into extra time.

Another local milk delivery from Creamline

It's not just milk that comes in our glass bottles!