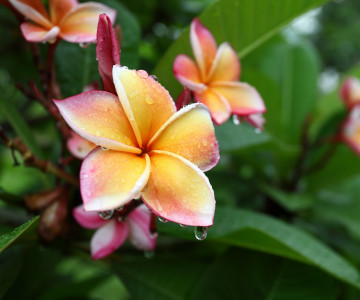 We’re now reaching the end of April and as the weather warms up, it’s time for the yearly festival of May Day. Whilst May Day might be a big celebration in Britain, it’s not only part of the world where it’s celebrated: so, join us on our search for some of the May Day traditions from right across Europe. We’ll be sharing some tasty recipes along the way!

May Queens and May Poles

Starting off at home in Britain, we’re going to look at why May Day is celebrated. May Day falls on what was once the pagan festival of Beltane, which was one of the major festivals of the year - as it marked the transition from spring to summer. Whilst the festival was once celebrated by Celts, it’s been passed down through many different groups that lived in the British Isles – from the Romans through to the Anglo Saxons.

May Day did take a hit in the sixteenth century, when May Day celebrations were outlawed. Riots broke out across the country to protest the decision, with some of the rioters hung for their crimes. It is said that Henry VIII, not usually known for his clemency, did pardon over 400 others who had been sentenced to death for the May Day riots.

May Day continued to be supressed under Oliver Cromwell and during the days of the Civil War, it was not restored to its former glory until Charles II, who to mark the occasion, erected a massive 40m tall May pole in London’s Strand.

Right across Europe, May Day is celebrated in all types of ways and for different reasons. Some of the traditions include:

·         In Finland, young people give statues in their towns and cities ‘crowns’ by placing their traditional Scandinavian student caps on them. Here’s a quick and easy recipe for Finnish cookies you can try at home.

·         In Greece, wreaths of flowers are placed over the doors to houses to bring luck and good fortune. These wreathes are then burnt the next day on specially made bonfires and it’s said that those that can leap over the bonfire without getting singed will have good luck! Here’s a Greek lamb kleftiko recipe that’s slow cooked to perfection, it goes really well with our Best of Local lamb.

·         In Bulgaria, it is said on May Day that lizards and snakes are drawn out to attack people – so the day is centred around avoiding the reptiles. Methods include making noise to scare away snakes and staying home for the day! If you’re planning to stay in for the day to avoid any rogue snakes, then why not try out making Tarator – a cold cucumber soup recipe, to help you keep your cool!