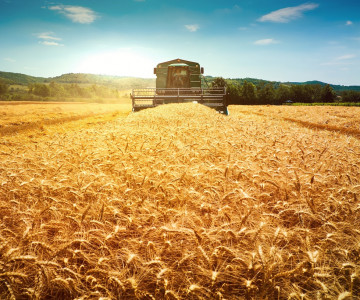 Go for Gold with Creamline

It’s all eyes on Rio de Janeiro for the upcoming Olympic games, where over 10,000 athletes from 206 countries will be arriving in the city to compete for the coveted medals. The 2016 games are a special occasion, as they mark the first time that they’ve ever been hosted in the continent of South America.

·       It’s fair to say the Olympics have a fair bit of history. In 776BC – they were first celebrated by the polytheistic ancient Greeks who wanted to honour Zeus, who they worshiped as the king amongst all their other gods.

·       The ancient Olympics had many events that are still found in this year’s games, such as: boxing, javelin, discus and wrestling.

·       In the ancient Olympics, married women were not allowed to take part in the games – they had a separate event called the Heraia, which was held in honour of Hera, the wife of Zeus.

·       The ancient Olympics came to an end in 393AD, when the Olympics were banned for being a pagan festival.

·       The Olympic events, as held in modern times, were started up again in 1896 in Greece; after French historian and educator Baron Pierre de Coubertin proposed a revival of the ancient tradition.

·       The first ever Winter Olympics was held in Chamonix, France in 1924 – so that skiing, ice skating and other winter sports could have proper representation.

·       The five rings that make up the Olympic logo represent the five major world regions: The Americas, Africa, Asia, Europe and Oceania.

Celebrate the Olympics with Creamline

We’ve got Olympics fever here at Creamline, we love that the games get everyone up and active – trying out new sports and activities.

We have some delicious recipes for you to enjoy whilst you get up and about:

·       Olė! Try out our eggcellent omelette recipe – packed with vitamins, found in eggs and vegetables. It’s the perfect meal for any budding athlete: http://www.creamline.co.uk/recipes/spanish-omelette

·       Professional swimmers are known for their early starts and 5am is breakfast time for them. Our breakfast bar recipe is packed with carbohydrates to give you the energy you need to swim a few laps! http://www.creamline.co.uk/recipes/granola-berry-cherry-breakfast-bar

·       Need to cool down? If you’ve been out for a run in the summer heat, you’ll need to rehydrate and cool off with a refreshing drink. One sip of a watermelon smoothie made from this recipe will have you thinking you’re on a beach: http://www.creamline.co.uk/recipes/watermelon-smoothie

Get ready for the Bank Holiday with Creamline