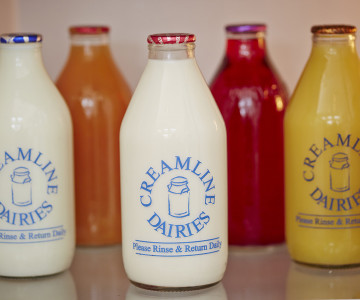 Donut mind if we do! National Doughnut Week

This week is National Doughnut Week, all about the delicious fried confectionery, and fundraising for The Children’s Trust. Bakeries and cafés across the UK are getting involved, raising money and getting into the doughy spirit. This week we’ll be looking at the history of the doughnut, and how you can make your own!

Food resembling doughnuts have been found at many ancient sites across the world. However, the earliest origins of the snack can be traced to Dutch settlers who brought oily cakes, or olykoek, with them to New York. Moving ahead a few decades to the mid-19th century, a New England ship captain’s mother named Elizabeth Gregory was known for cooking up deep-fried dough snacks for her son, and legend has it that she cooked them this way so they could be stored on long voyages.

The origins of the ring shape are not so clear however. Some say that it was a way to use less ingredients, others say that Captain Gregory skewered one of his doughnuts on the ship’s wheel in a storm, needing both hands to navigate the ship!

The popularity of doughnuts rose most dramatically in WW1, when American soldiers were served up millions of doughnuts in the French trenches, giving them a taste of home. These days, around 10 billion doughnuts are made in the US every year, with 60% of American households enjoying the snack regularly.

If you’re keen for a challenge, why not try making these tasty treats yourself? We’ve found just the recipe here. For a healthier spin on the pud, you could try adding some delicious strawberries or blueberries from our Best of Local range as a fresh topping.

And don’t forget to support The Children’s Trust along the way – find out more here.