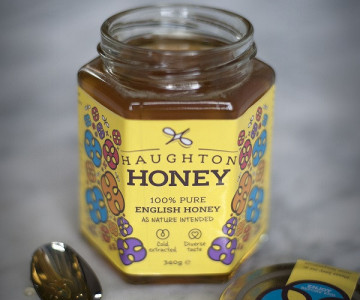 This week, it’s National Insect Week – so we’re celebrating all things six legged. Insects come in all shapes, sizes and forms. From giant stick insects to microscopic bug life – the bug world is a highly varied one. We sometimes consider bugs a nuisance – think of the pesky wasp that won’t leave you alone at the picnic or the itchy bite left by a mosquito. Here, though, we’re going to look specifically at one sort of insect that is incredibly valuable to us: the bumble bee.

Whether you like honey or not, bees are very important to farmers and humans because they help to pollinate the world around us. Bees help transfer pollen between the male and female parts of plants, which leads to the production of fruit and vegetables and they account for an astounding third of all pollination in the world.

Just some of the fruit and vegetables, like those found in Creamline’s fruit & veg boxes, that depend on pollination from bees include avocados, cucumbers, oranges, blueberries and melons.

It’s not just for growing fruit and vegetables that bees are so vital; clothing comes into the equation too, as they help to pollinate cotton plants, many of which have their crop processed into clothing.

Bee Speed – bees are expert flying machines; they can hit speeds of up to 15 miles per hour and beat their wings over 200 times per second.

So, next time you’re eating your Creamline fruit and veg boxes , think of our friendly pollinators: without them, your fruit and veg simply wouldn’t bee! We hope you have a great National Insect Week; you can follow events on social media using the hashtag #NationalInsectWeek

Donut mind if we do! National Doughnut Week