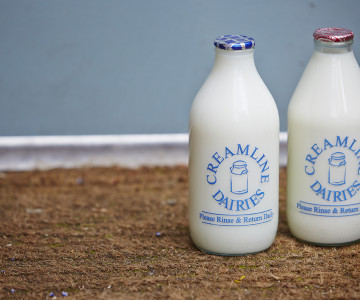 It’s only one day until St George’s day arrives and whilst we’re sure you’re familiar with the day; how familiar are you with St George? Or perhaps where St George came from and the exciting adventures he is said to have embarked upon? So buckle up: we’re about to fly back over a millennium and a half to far away lands, before landing back at the dinner table just in time for afternoon tea with a delicious traditional English recipe.

Who was St George?

St George was thought to have lived in the 3rd Century AD in the area that is now Palestine and Israel. Following in his father’s footsteps, he was a soldier in the Roman Army. St George was a passionate Christian and throughout his whole life, underwent torture in various forms as the Roman’s led a crackdown on followers of the Christian faith. He was eventually executed on 23rd April 303, when Emperor Diocletian began a new campaign against Christians.

You may be left wondering what a man born in Palestine had to do with England. He never set foot on England or for that matter, never came anywhere near it. However, St George was selected not because of the place he was born but rather what he came to represent.

It was in 1483, under the rule of King Edward III that he was selected to be the patron saint of England – this was largely attributed to him being influenced by the story of St George, portrayed in the book published that same year called The Golden Legend. Whilst King Edward III knew that St George was not English, he thought he represented the same beliefs shared by those in England.

Hold on, What About the Dragon!?

Well, as the legend goes; St George bravely fought against and defeated a dragon in the village of Silene (now in modern day Libya). This most fearsome of creatures scared the poor villagers so much that they used to leave it two sheep per day, to stop it attacking people.

However, the dragon was said to have soon grown tired of his mutton dinners and started requesting villagers instead, so each time the villagers left a child for the dragon to eat. Deciding that the only fair way to do this was by random, the villagers decided which child would be left by a lottery. As St George was riding by Silene, he found out about the villager’s plight. The next child selected was the daughter of the King.

St George made the villagers an offer – if they were to convert to Christianity, he would slay the dragon and they would live in peace. True to his word, St George is said to have gallantly slaughtered the ferocious beast and all lived happily ever after.

We promised you a traditional English recipe for afternoon tea and just like St George, we’re true to our word. This fruity Eccles cake recipe is sure to get your stomach rumbling like an angry dragon. Packed with fruit, it’s got loads of vitamins – to keep all you budding explorers going. Plus, it’s local too: we’re proud to serve Eccles and this is a great recipe home to the North West.