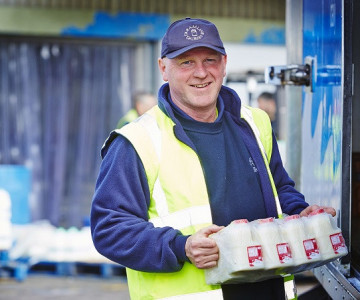 Most of us these days drink reduced-fat bottle milk, whether it's semi-skimmed or skimmed, or one of the newer options like 1% milk.

And while some solid foods have a noticeably different taste or texture in their reduced-fat forms, for many people bottle milk is all more or less the same.

So why is it possible to take out so much of the fat, without really changing the taste or texture of the milk?

An article in the Journal of Texture Studies this month looks at a range of different foods, particularly liquids including milk (both flavoured and unflavoured), yoghurt and white sauce.

The scientists at Swiss fragrance and flavour developer Firmenich found that lots of things affect how noticeable a change in fat levels is, including physical and chemical properties of the food, and the conditions in which it is tasted.

But for low viscosity foods - runny liquids like milk - they found that even a change in fat content of 50% can go largely unnoticed.

For thicker foods like yoghurt, it's easier to spot the difference in fat content, which is perhaps why low-fat bottle milk is something so many people enjoy without missing the extra fat.

And of course, there's the knowledge that you're consuming fewer calories - an extra bonus for anyone who's watching their weight, without sacrificing taste or texture.

Raise a pint with our new anniversary milk bottle

Bring a taste of Italy to Manchester